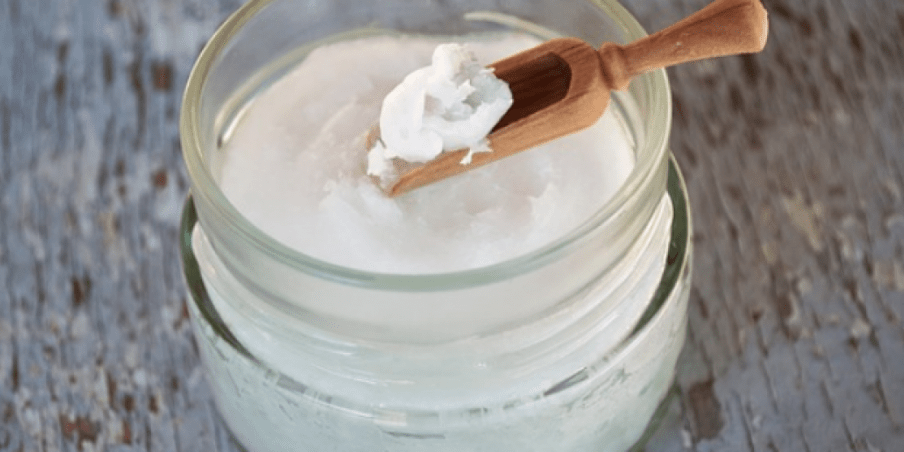 Coconut oil has been a topic of discussion since a study came out in June of 2017 questioning its safety. The study comes as a shock to people who have regarded coconut oil as a healthy alternative.

Given its high saturated fat content, it’s no wonder why the American Heart Association warns against it. However, recent research shows that saturated fat may not be as bad for your heart as once perceived. Additionally, coconut oil has many other incredible benefits that may benefit people everywhere.

Coconut Oil versus Vegetable Oil
According to an advisory report by the American Heart Association, replacing foods that are high in saturated fat, such as coconut oil, with foods that contain less saturated fat could lower the risk of cardiovascular disease. Researchers of the report studied hundreds of papers that had been published since the 1950s. They found enough evidence to suggest that saturated fat intake should be no more than 10 percent of total calories. The study also stated that saturated fat intake raises LDL or “bad” cholesterol, which is a leading cause of atherosclerosis. The study went on to state that cardiovascular disease was lowered by 30 percent when people replaced coconut oil with vegetable oil. The switch was also said to lower the risk of death from all causes. According to the study, coconut oil contains 82 percent saturated fat and may raise bad cholesterol as much as foods such as beef fat or butter while canola oil only has seven percent saturated fat. But this information is misleading to most of the health community who understand that vegetable oil is highly inflammatory and should be avoided at all costs. Vegetable oil is perceived as a healthy option because it has the word “vegetable” in it, so it must be good for you, right? Wrong. Vegetable oils contain high amounts of omega six fatty acids, which are highly inflammatory and can be harmful when eaten in access. Omega six fatty acids have also been shown to cause structural changes in the body’s fat storages as well as in cell membranes, which may lead to DNA damage. Finally, vegetable oils, such as canola and soybean, are high in trans fats, which have been associated with an increased risk of cancer, heart disease, diabetes, and obesity.

This theory is backed by the evidence that some of the healthiest populations in the world eat a diet that is high in saturated fat. Studies of these populations point to refined sugar, and not saturated fat intake, as being the basis for the majority of disease that the Westernized culture follows. Studies even show that eating a low-fat diet may increase your risk of certain diseases by making your blood lipid profile worse and not better. Studies have shown that low-carbohydrate and high fat diets reduced the size of LDL particles in the bloodstream, whereas high-carbohydrate and low fat diets increase them.

Some studies even show that saturated fat may be good for you and there is in fact no association between dietary saturated fat and an increased risk of heart disease. One study shows that saturated fat may lower your risk of stroke, or, worst case scenario, it has no effect on stroke whatsoever. The evidence is clear: it’s time to debunk the fact that saturated fat is bad because most foods that are lower in fat are higher in sugar, which is the real enemy. Coconut oil has a wide variety of health benefits that would be foolish to remove from the diet.

Health Benefits Of Coconut Oil
Coconut oil has many health benefits that far exceed those of vegetable oil. Unlike vegetable oil, coconut oil is high in medium-chain fatty acids, which are comprised of a unique blend of lauric acid, capric acid, and caprylic acid. Unlike long-chain fatty acids, which are found in vegetable oil, medium chain fatty acids are easier to digest, have antimicrobial and antifungal properties, and are not readily stored as fat. They are also smaller in size, which makes them able to enter into cells easier where they can immediately be utilized for energy. Finally, they are processed by the liver, meaning they are immediately converted into energy as opposed to being stored as fat.

Research shows that coconut oil helps keep the brain healthy. People with Alzheimer’s disease lose the ability to create insulin. New research shows that the brain can create its own insulin to power brain cells and process glucose. The medium chain fatty acids in coconut oil create ketones in the liver, which is readily accessible in the brain to be utilized as energy to help repair and restore brain function. A 2004 study showed that the medium chain fatty acids found in coconut oil may also be able to improve memory.

Coconut oil has powerful anti-inflammatory properties that can be used to help put disease into remission. One study found that coconut oil worked better at reducing inflammation and treating arthritis than prescription medications.

Coconut oil works to improve digestion in several ways. First, it is high in anti-inflammatory properties that may be able to heal digestive disorders such as irritable bowel disease. It also enhances the absorption of fat-soluble vitamins. Because of its antibacterial, antimicrobial and antiviral properties, it can be used to kill bacteria in the gut that causes a disruption in the digestive process. Additionally, the medium chain fatty acids found in coconut oil are easy to digest and they don’t require pancreatic enzymes to be broken down, which helps improves gallbladder and pancreas health.

Coconut oil contains antioxidants that may be able to slow down the aging process by reducing stress on the liver as well as reducing oxidative stress. Coconut oil can also be used to regulate hormone levels due to its positive effect on estrogen, especially during menopause.

With it’s creamy coconut flavour and it’s array of health benefits it’s hard not to love the humble coconut!

The benefits of Sole water

Reducing Exposure to Toxins and Chemicals

Clinic of the year

CK Health Winner of Clinic of the Year Award

CK Health and Wellbeing
5.0
Based on 45 reviews

Kate Catzeddu
23:41 13 Feb 20
I have seen Cody on 3 occasions, all being extremely beneficial. In fact, the protocol that she put me on for my gut... health has improved my overall wellbeing and I no longer take medication for inflammation and joint point, medication that I had been on for > 2 years. I highly recommend CK Healthread more

Rachele Reynolds
05:12 13 Jan 20
I can't speak highly enough of Cheree, Cody & Paul. Their customer service, support and knowledge is amazing. The... Holistic Naturopathic approach and alternative therapy options are all outstanding. With support at whatever level you need, when you are ready.read more

Megan P
05:43 20 Dec 19
When I was recommended to see Cody, I have to admit I was hesitant from previous ’not so great’ experiences I had... with other naturopaths. Cody is not like any other naturopath i have encountered. She is a wealth of knowledge and uses evidence based practice to support her recommendations which is something extremely important to me. Cody initially worked with my daughter to help a range of symptoms and her recommendations in regards to nutrition and diet is something we have now applied to our whole family. Cody has transformed my family into a happy healthy functioning unit Within a short period of time, Which is far beyond any expectation I had before meeting her. I whole heartedly recommend Cody to anyone, but especially those who may feel a naturopath/nutritionist might not be for them!read more

Jacqueline East
01:54 11 Dec 19
Cody Kennedy is amazing. She is experienced and very knowledgeable and has helped me navigate through the complexities... of dealing with chronic illness as well as incidental issues that have cropped up along the way. Her advice has been fantastic and I'm feeling so much healthier, happier (and yes, even much slimmer!) now that my body is finally working more in line with how it's supposed to. Cody really cares about her clients, and is dedicated to seeing them find healing and wholeness. For me, she was able to think left-field and come up with different tests which unveiled some of the real underlying causes of my illness which, when corrected, have changed my world. Thank you Cody! You're awesome. :)read more

Zephie Cerny
22:53 15 Nov 19
After a post operative bowel infection I was housebound for more than two months. Cody turned that around and I now... lead a normal life that includes overseas travel.read more

Angela Kellemen
22:10 09 Nov 19
Worked with Cody for over 8 months and would recommend her to anyone seeking a more in depth opinion to health.

Michael Studman
10:23 15 Oct 19
Cody is a wonderfully skilled, inspirational and engaging nutritionist. Cody guided me through various nutrition... alternatives enabling me to lose over 7kilos and 13 biological years in a very manageable period! Never felt better and happier in my life.Could not recommend Cody, C K Health and the beautiful new rooms at Merewether more highly.read more

Fiona Way
03:27 16 Sep 19
Cody's approach to wellness is comprehensive while being realistic as well. She is very approachable and easy to talk... to. Her advice to me on nutrition and natural treatments for menopausal symptoms have helped me gain energy, lose weight and feel better all round! Thank you Codyread more

Erika Heiden
22:21 17 Jul 19
Cody was recommended to me by my old naturopath in Sydney. I have been seeing her for around 4 months to get my health... back on track after children and assist with chronic pain and swelling in my knee. In 3 months my knee has never felt or looked better and my general health is back on track. I highly recommend Cody, she is thorough, very knowledgeable and lovely to boot.read more

Melinda Blackshaw
02:25 17 Jun 19
After years of suffering with chronic illnesses and being sent to numerous specialists appointments, I have been lucky... enough to be referred to Cody. Within 5 minutes of our first meeting, Cody suspected a particular illness - organised private testing and was completely correct. Cody understands how important it is to treat all health problems via individual treatment. In my experience, mainstream medical practitioners and specialists are extremely limited to the knowledge of 'their conditions' only, and attempt to put people into their limited 'boxes'. There is no ownership or accountability. This is not how people need to be treated, especially if you could have multiple issues. Cody's knowledge exceeds my expectations upon each visit and her support and encouragement keeps me going. Each day of my life is different so to have Cody's support each month is extremely valuable. I am not treated like I don't know what i am talking about when it comes to my symptoms. Her nutritional knowledge is also extremely valuable. Meeting Cody has changed my life completely. I highly recommend booking a consultation with Cody, it could change your life.read more
Next Reviews
Award nominations